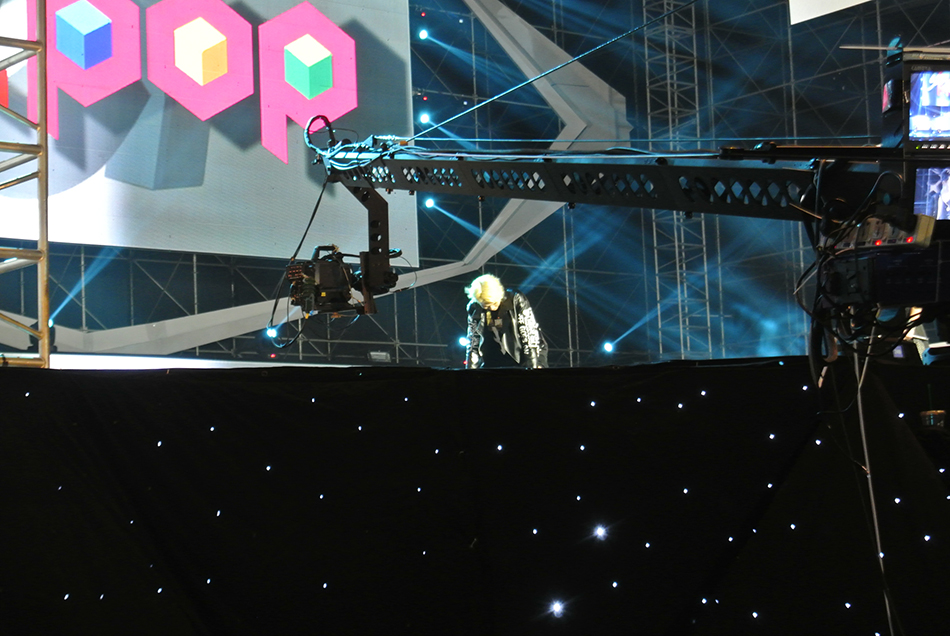 In the concert,to pursue better scenes,two  sets of 8-meter Andy-jib were placed at both sides of the stage,meanwhile,one set of 10-meter jibs were placed in the front of the stage for direct live shooting while 1 set of 10-meter jib was set behind the ground.In total,4 sets camera cranes were adopted  by all sides to grasp every single excellent scene from the performance and the audience.

As a broadcasting level camera crane,Andy-jib are not only widely used at home and abroad but also gains recognition and attention in the big events in overseas countries,such as in the Indian Independence Day Celebration,in British Horsing Festival,in 2014 Singapore National Day military parade and in 2014 US Legend Gold Grand Cup game.